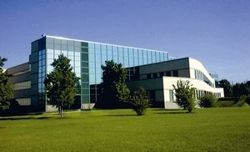 Hope Channel is a family friendly television network that spans the globe. Our world headquarters is located just outside of Washington, D.C. in Silver Spring, Maryland USA. We also have several offices, television studios and uplink centers in places such as Brazil, Germany, South Africa, and California USA.

Our global network broadcasts to every inhabited continent via satellite and is widely re-distributed by terrestrial rebroadcast, cable, internet and direct-to-home TV.

Hope Channel programming appeals to people of different nationalities and languages. Since our 40 studios are located in the countries where we broadcast, we are able to provide a rich variety of culturally relevant programs that appeal to all ages.

More than 2 million have been baptized in association with Hope Channel's ministry! Viewers of our many channels appreciate the positive programs. As a spiritual values network, shows are considered for broadcast if the content will improve our viewers' relationships, health, careers, intellectual knowledge, and spiritual well-being.

Our international leadership provides a global perspective and expertise that influences the growth of the network and our programming.

Did you know that Hope Channel...

Thank you for visiting Hope Channel. We invite you to bookmark this site and tell your friends about us.

We use cookies to personalize content and ads, to provide social media features, and to analyze our traffic. We also share information about your use of our site with our social media, advertising, and analytics partners.